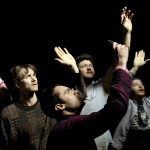 Over the last seven years, the Felice Brothers have unravelled five albums of dusty, introspective Americana, but live the New York five-piece's effusions gain in heft and vigour. In a Dylanesque rasp, singer and guitarist Ian Felice spells out songs full of bruised, battered people who refuse to let life's setbacks drag them down.

Their last album, Celebration, Florida, saw them broaden their sonic palette. This newfound experimentation is evident in the gothic sea shanty of Fire at the Pageant and in the skittering electronic beats that open Ponzi. Yet they are most effective when Felice's bearded brother James, a bear of a man, emerges from behind his keyboard to wrestle an accordion and sing the Grandaddy-like Come Home in a quavering, heartrending alto.

An object lesson in emotional intelligence and musical virtuosity, the Felice Brothers hymn the feral majesty of Mike Tyson at his peak in Cus's Catskills Gym before encoring with a mordant take on Springsteen's Darkness on the Edge of Town and a happy-clappy update of Townes van Zandt's Two Hands. This cult band looks poised to go mainstream.

With their ever-growing popularity and relatively manic tour schedule, I felt lucky to catch my first live Felice Brothers show at Mississippi Studios here in Portland last weekend.  While James Felice admitted a few songs in that it had taken a red eye driving marathon for the band to make it to Portland from San Fran in time for the show, you never would have known otherwise.  Quite frankly, I was blown away and can state with full confidence that it was the best show I’ve seen in a long while.  Sure, as a band that has an awful lot of songs about whiskey they tend to attract some heavy drinkers (rowdy crowds do not exist in Portland, so it really was a sight to see) and sure, a fight broke out after about the third song started, coincidentally, by a guy that I had already predicted was going to be trouble earlier in the night (which caused an annoying halt in the show and prompted even Ian Felice to say “C’mon guys, this is Portland”) but everything else was flawless from note one. 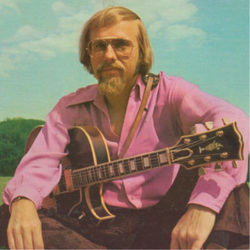 Dennis Coffey is an American original. Only in America (and specifically, only in Detroit) could one man play guitar with a group of legends as diverse as Del Shannon, The Temptations, and George Clinton and Funkadelic. However, the list of iconic artists, producers and writers Dennis has worked with the world over only scratches the surface of what the man has done and the contributions he's made to the canon of popular music.

Dennis Coffey first began to make his mark as a member of The Royaltones, a group which had hits in the late 50's and early 60's and who performed sessions with other artists, including Del Shannon. From there, Dennis moved on to a distinguished run as a session guitarist for various labels operating at the peak of Detroit's influence as a hub of musical innovation and commercial success. He's perhaps best known for his work as a member of the legendary Funk Brothers, backing a veritable trunk load of hits for Motown, specifically The Temptations' classics "Cloud Nine," "Ball OfConfusion," and "Just My Imagination." It is in those works that his introduction of the wah-wah guitar sound to Motown (and soul / R&B in general) first reared its head, and the resulting influence on all kinds of popular music continues to reverberate to this day. His work with The Temptations is just the tip of the iceberg, though... he's on stuff like "War" by Edwin Starr... "Band Of Gold" by Freda Payne...on and on the list goes.

In the early 70's, Dennis struck out on his own as an artist, film scorer and producer. He scored the cult classic film Black Belt Jones. He recorded "Scorpio" in 1971 as part of his second solo record and first for Sussex ("Evolution"). "Scorpio" was a million selling single and was a key foundational track in the history and development of hip-hop, totally apart from its status as a funk classic. Dennis has recorded several other solo records, and he has co-produced a million seller in Gallery's Nice To Be With You as well as cult record Cold Fact by Rodriguez, a release that has gained increasing notoriety over the decades since it initially appeared, and which is now regarded as a rediscovered gem. He also continued session guitar work through the 1970's, appearing on such disco classics as "Boogie Fever" by the Sylvers.

Also see Dennis Coffey in new music biopic, "Searching For Sugarman" about Detroit musician Rodriguez who remained under the radar in the US for decades  but became a musical hero and superstar  to freedom loving South Africans

Mattress is a hybrid of synth dance and soul shouting. Rex Marshall turned on this machine in 2006. 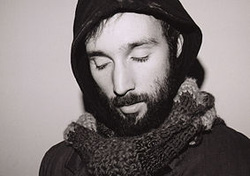 Holcombe Waller is an American composer, singer and performance artist. He lives in Portland, Oregon, and has performed across the United States and Europe, both solo and with his ensemble, The Healers.

Waller has self-released three albums of varying styles. His work first received international attention with his 2001 album Extravagant Gesture. The indie album was lauded by a Spin Magazine review,[1] and in REVOLVER Magazine Ann Powers wrote, "For melodic sweep, the prize goes to Holcombe Waller, whose self-released Extravagant Gesture is a small pop epic."[2] Waller's pop influences shifted towards folk for his 2005 release, Troubled Times. The work continued to receive broad critical attention including a positive review in Paste Magazine and a large editorial feature in BUTT Magazine.[3][4] 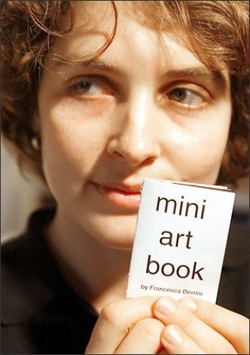 Francesca is a Portland based designer, artist and general renaissance woman.


For the festival Francesca will present a runway show of post-apocalyptic ceremonial wear, a new series of sculptural garments hand constructed from unconventional materials gathered in the pacific northwest. 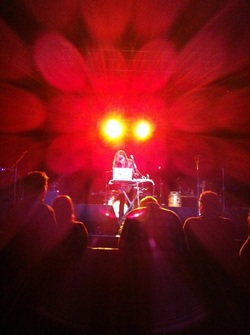 Natasha Kmeto is a Portland-based singer and electronic producer. Drawing on rich musical backgrounds in jazz, r&b, dance, and hip-hop, she describes her music as “futuristic soul.” After journeying through music school and life as a session musician, and migrating from LA to Portland, Kmeto has arrived at her current project, her most independent and passionate enterprise so far. Exploring the more soulful side of beats and future bass, Kmeto combines talent and acuity behind the boards with a gorgeously rich singing voice. Her live show is a thinking-person’s visceral dance party, often reaching levels of energy so high Natasha herself comes out to join her audience on the dance floor.Kmeto released her debut EP “9″ in 2009, and began playing live regionally in early 2010.  In late 2010, Natasha released her first full-length album, “Expressor”, which found Kmeto delving further into experimental electronic music while staying rooted in hip-hop and R&B.  Her most recent release is entitled “The Ache,” out on the indie label Dropping Gems, an EP which serves to further stake out her ambitious musical territory.

“Portland, Ore.’s Natasha Kmeto is on the verge of something huge. A versatile, inventive producer and a forceful vocalist, she recently released The Ache (via PDX imprint Dropping Gems) as a name-your-own-price Bandcamp download (with a physical release to follow.) The production is varied, dark and beautiful, with vaguely Eastern influences informing the sound palette and avant-garde touches bringing to mind LA beat luminaries like Nosaj Thing.
As an instrumental album, The Ache would be cool as hell, but it’s Kmeto’s songwriting and singing that take it to the next level. A mature and coherent writer, her voice is like a force of nature, putting a soulful R&B-influenced gloss over the gritty bass and beats production. Her vocal competence and willingness to get weird will likely draw comparisons to noted eccentric Gonjasufi, and deservedly so- The Ache is one of the most original releases to come through in quite a while.”