DO NOT MISS OPENING NIGHT'S SEQUENCE OF EVENTS FRIDAY STARTING AT 6PM!!
(doors open at 5pm on Friday - noon Sat and Sun)
An important part of the festival, the kickoff is meant to set the tone for your experience and will help it all make more sense.
Just come and immerse yourself and enjoy the resulting sensations.
AND DON'T FORGET TO LOAD A STROBE APP TO YOUR MOBILE DEVICE

This festival is designed to surprise and confuse. It will combine music and arts across a range of genres from around the world, including acts from Metal Postcard Records. The festival draws its inspiration from the 1979 & 1980 Futurama Festival (Leeds, UK) where a selection of "unknown" bands, like Joy Division, Throbbing Gristle, Adam & The Ants, Pil and others, introduced the world to post punk and electronica before the genres were even imagined. It also pays homage to the All Tomorrows Parties festivals and their indoor arts and alternative approach to festival line-ups.


Hosted and curated by Metal Postcard Records, this is the label's first U.S. independent music and arts festival.

Hong Kong-based Metal Postcard may be a small label, but its ambitions are loudly independent, original and uncompromising. - SE Asia Globe Magazine

Basically for the first time in years I found myself excited by the idea of CDs. I found myself excited by the idea of holding them and learning more about the bands I was hearing on them, who were all simply brilliant. These aren’t artists which I’ve seen over saturating in social media hype, sandwiched between horrible, soulless advertisements on Vevo’s Youtube channel, or plugged in some plastic-fantastic TV drama. I had never heard of any of them but I very glad I can now play their music on a daily basis. - Aweh.TV.com On Metal Postcard Records Releases

Performances take place on INSIDE STAGE, OUTSIDE STAGE, and in our CINEMA ROOM.
Check individual day pages for specific times and locations!


PLEASE NOTE: TIMES ARE APPROX UNTIL DAY OF FESTIVAL AND CAN BE FOUND ON INDIVIDUAL DAY'S LISTINGS
DJ PERFORMANCES ARE IN THE "CINEMA" AND  ARE APPROX 1 HOUR


Dj's will also be doing on the hoof sets between bands
and don't forget the wind down after party at the Kenton Club afterwards too.


You'll hear amongst other things  Toureg tribesmen's ringtones a mashup producer from mosul iraq,
the best underground european electronic pop from the last 3 decades and who know's what else.

It was The Ides of March, March 15th of 1969, when Don MacLeod, his wife Loreen and brother in law Dan Lissy first opened an 800 square foot record store on the corner of 32nd & East Burnside. Specializing in mostly underground music not found in the department stores, drugstores or the couple of record stores which existed at the time, Music Millennium filled a niche for the Portland music community.

Titles by Fairport Convention, Frank Zappa, John Fahey, The Fugs and Holy Model Rounders were stocked in the small store along with the sounds heard on the then three month old FM station, KINK- The Underground Link.

The Store quickly grew in the first five years to its current size, including the addition of a classical store called The Musical Offering, now known as Classical Millennium. A second Music Millennium store was also added next to the now defunct Purple Earth Tavern at NW 21st & Irving, later located at 23rd & Johnson.

It's over 30 years later and Music Millennium is the oldest record store in existence in the Pacific Northwest. Throughout our history, we've stocked the ever-evolving gamut of formats including LP's, 45's, reel-to-reel, 8-track, cassette, DAT, compact disc, mini-disc, DCC and CD-ROM. 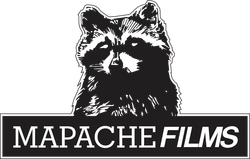 Sometimes A Great Notion
Would like to thank MAPACHE FILMS for volunteering time and energy to the festival.


They will be providing guerrilla projections on the outside of Disjecta & helping us with providing some light based surprises inside the venue. As well as managing our mini music cinema venue which will provide footage of bands like Pairs from Shanghai who couldn't make it over & videos from the Cambodian Space project.


We've also been promised footage of the Congos / Sun Araw link up on Frkways, videos from Intothewoods.tv, a few from Portland's Jay Winebrenner and much much more.. 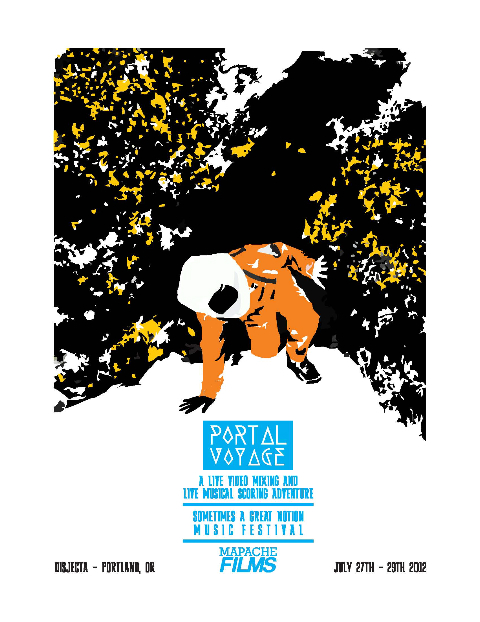